June 5, 2015 (formerly)
B.O.O.: Bureau of Otherworldly Operations (also known as B.O.O. or Boo U.!) is an American computer-animated supernatural action comedy film in development by DreamWorks Animation. It is based on an original idea and directed by Tony Leondis. Tom Wheeler was said to be writing the script, with Maryann Garger as producer and Courtney Pledger as executive producing. The film will star Seth Rogen, Melissa McCarthy and Bill Murray and will be released by Universal Pictures.

B.O.O. (Bureau of Otherworldly Operations) is the super classified agency you've never heard of and certainly never seen. Dedicated to protecting humans from evil hauntings, the agents of B.O.O. have a secret weapon: they are ghosts themselves! Newbie agents Jackson Moss and his odd-ball partner, Watts, uncover a plot to destroy B.O.O. by the agency's Most Wanted Haunter. They must use every trick in their arsenal to defeat his powerful ghost army and save Earth from a ghostly fate. [1]

On May 28, 2009 DreamWorks Animation first time announced plans for "Super Secret Ghost Project." Later in the mid-June 2009, it was reported that DreamWorks is developing the project as Boo U., Tony Leondis has been set to direct and Jon Vitti to pen the screenplay for the film, set to be released in the end of 2012. The story would follow a ghost who is bad at his job and must return to ghost school.

Seth Rogen was reported in August 2010 to have joined the film as a voice of the lead character. In September 2012, DreamWorks announced the film would star Seth Rogen, Matt Bomer, Melissa McCarthy, Bill Murray, Octavia Spencer, Rashida Jones, and Jennifer Coolidge. Director Tony Leondis said, "Bill Murray is the perfect actor to bring this character to life – or should I say after-life? Along with Jennifer and Octavia, this is a dream cast. I can't imagine a team more capable of packing a funnier punch to this broadly comedic ghost story." Dreamworks set November 6, 2015 for the film's release date (which was moved a few months later up to September 25), this time as an original project by Leondis, re-titled B.O.O.: Bureau of Otherworldly Operations, and written by Tom Wheeler. Dreamworks also gave the movie a new synopsis which “was about two bumbling apparitions who find themselves in an extraordinary after-life adventure when they join the Bureau of Otherworldly Operations (B.O.O.) – the ghost world's elite counter-haunting unit – and ultimately must face off against the planet's greatest haunter”.

In 2013, the film was rescheduled for release on June 5, 2015, but it was pulled from its release to avoid competition with Disney•Pixar's Inside Out in January 2015.

Years later, B.O.O. is still technically on the shelf and unlikely the see the light of day. “I think it was a really good movie,” says Tim. “It had a unique look. You become proud of these stories, but you’ve got to let the anger go. We’re being hired to make a product and of course I’m disappointed, I’m frustrated, I would have loved to have the movie eventually be released. But we never got to finish it either. It’s hard to say what that finished version would have ended up as.”

As of April 2020, there has been no further word about the film, indicating it is still in development or has been cancelled. But there is a petition to bring back the film, here: http://chng.it/yNXXmSkx. 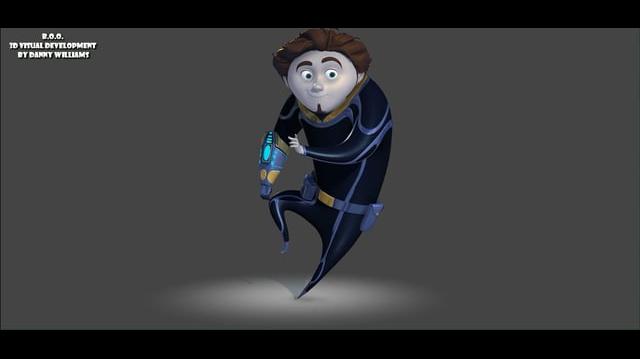 B.O.O.VisDevReel
Add a photo to this gallery

Retrieved from "https://dreamworks.fandom.com/wiki/B.O.O.:_Bureau_of_Otherworldly_Operations?oldid=134765"
Community content is available under CC-BY-SA unless otherwise noted.