The Brainbots are Megamind's robotic jellyfish assistants. They have special abilities such as light display and flight. They assist Megamind in any task even helping him be with Roxanne Ritchi after he falls in love with her. They would later aid Megamind into saving Roxanne and Metro City from the threat of Tighten, to which Megamind manages to defeat. They are seen near the end of the film repairing the damages caused in Metro City as ordered by Megamind, who finally revels in becoming a real hero.

In The Video Games

Megamind is their "daddy". They work for and help him to rule Metro City.

It is unknown their relationship with Minion is like, probably like an uncle or friend or godfather to them. 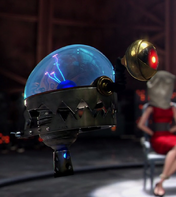 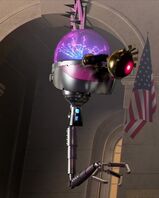 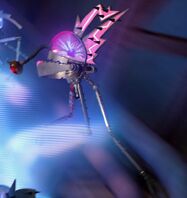 A Brainbot dressed as a civilian.