Chris Rock performed the voice of Marty in Madagascar, and Madagascar: Escape 2 Africa, and Mooseblood in Bee Movie. He is set to reprise Marty in the upcoming film Madagascar 3: Europe's Most Wanted, which will be released in June 2012. 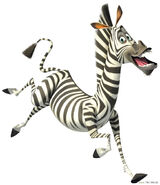 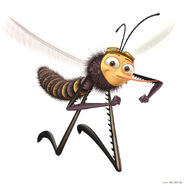 Mooseblood from Bee Movie
Add a photo to this gallery
Retrieved from "https://dreamworks.fandom.com/wiki/Chris_Rock?oldid=19629"
Community content is available under CC-BY-SA unless otherwise noted.