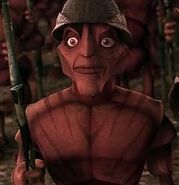 Jethro from The Prince of Egypt