Dreamworks Animation Wiki
Register
Don't have an account?
Sign In
Advertisement
in: Too many categories; don't add any more, Villains, Characters,
and 9 more

View source
watch 01:40
Boba Fett Returns - The Loop
Do you like this video?
Play Sound
This page has too many categories (>10). The redundant ones need to be removed.

Dr. Zara is the main antagonist of Abominable. She is a zoologist working with and helping Burnish in capturing a yeti and trying to prove his existence to the world. However, it is revealed that Zara is a very evil, greedy, ruthless woman bent on capturing Everest to make money out of him and does not care for animals, or human life.

Dr. Zara is shown to be calm, timid and sweet who's interested in studying animals and caring for their well-being. However, she slowly reveals her true colors of being a manipulative, intelligent, uncaring, and greedy woman who does not care for the well-being of animals and only wishes to make money out of them. She also keeps a pet mouse named Duchess by her side to show she cares for animals, but later discards the mouse as she is disgusted by it. Zara is very social and shows compassion to others by offering her help, but this is a façade to hide her true nature. When she tries convincing Jin into giving up where Everest is heading, she promises to help him and protect his friends, but later reveals to the Goon Leader that she plans to kill the children after capturing Everest.

Zara is shown to be a master manipulator as she convinces Burnish to retrieve Everest alive in order for her to help him, but truly doesn't care whether the yeti is brought in dead or alive as long as she can make money off of him. After discovering Everest's magic powers, Zara convinces Burnish to continue his pursuit of the yeti by using his feelings of being laughed at and plans to use Everest and his powers to make even more money. When Burnish changes his mind on capturing Everest, after having second thoughts, Zara takes matters into her own hands by knocking out Burnish and ordering the goons to tranquilize Everest. Zara is willing to harm and commit murder, not only on animals, but also on humans as revealed earlier that she planned to kill the children after retrieving Everest, and later shown when she pushed Yi off a bridge to her death and tried to ram Everest over with a snowmobile.

Dr. Zara then take off her glasses and let her hair lose for unknown purpose. 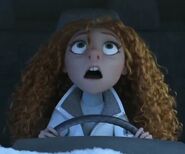 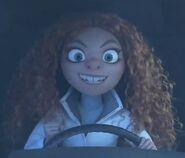 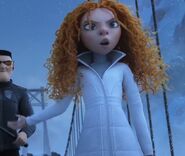 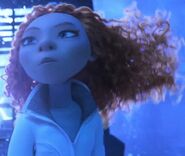 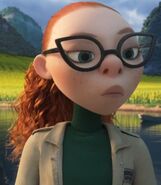 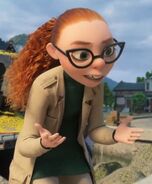 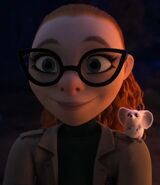 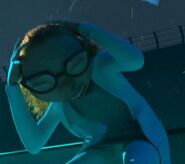 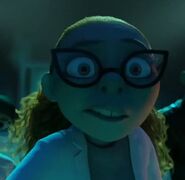