Start a Wiki
watch 01:33
The Loop (Movies)
Do you like this video?
DreamWorks Channel is a Southeast Asian television network that is owned & operated by DreamWorks Animation,[1] with distribution handled by HBO Asia. It launched on 1 August 2015 in Thailand and 10 September 2015 in Malaysia. The channel represents DWA's first foray into operating its own television channel in any part of the world as a result of a joint venture through CTH.

The content on the channel mainly consists of Netflix original series produced by DreamWorks Animation SKG. Until now, the cartoon studio's TV efforts have largely focused on licensing properties to kids cable channels Nickelodeon and Cartoon Network and producing original series for its own digital platforms run by AwesomenessTV.

DreamWorks Junior is the branding of preschool productions distributed by Classic Media (such as Guess with Jess and Rupert Bear, Follow the Magic...). It is presented weekday mornings at 9:00 a.m. and weekends at 6:00 a.m.

NOTE: Few of these series were distributed by DreamWorks Animation SKG and/or Classic Media. 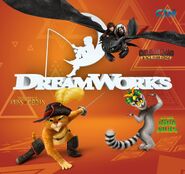 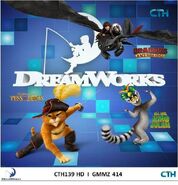 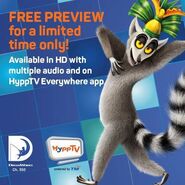 Retrieved from "https://dreamworks.fandom.com/wiki/DreamWorks_Channel?oldid=112998"
Community content is available under CC-BY-SA unless otherwise noted.