The Galra Empire is a massive intergalactic empire ruled over by Emperor Zarkon and consisting of the majority of the Galra species in Voltron: Legendary Defender.

At one point the Galra, under Zarkon's leadership, were members of the coalition led by King Alfor of Altea, and helped to construct Voltron. Unfortunately, when Zarkon turned against his former allies after he and his wife became obsessed with Quintessence, founded in an alternate reality rift, which led to disaster when both of them die in a failed attempt by Zarkon to close the rift on Daibazaal and save his wife, after this incident Alfor was forced to evacuate the planet to in order to close the rift. Because of this, he led the Galra Empire in an invasion of Altea after he was revived from the dead, resulted in the destruction of the planet and the near extinction of the species. Over the next 10,000 years, the Galra Empire proceeded to conquer much of the known universe, colonizing planets and at least one Balmera in their search for quintessence and other sources of power for their vast war machine. The majority of Galra came to follow Zarkon, if for no other reason than that they believed the expansion of the Empire would lead to security for their people. However, some Galra chose to resist, most notably those who formed the Blade of Marmora and opposed Zarkon's campaign from within the Empire as well as outside of it. 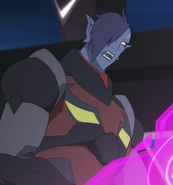 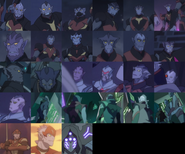 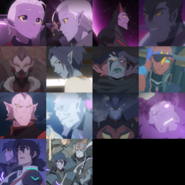 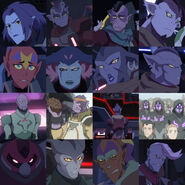