"But you are a miracle. God sent you to save our family and all of Egypt. And you did." — Judah
"Judah, we can't turn back now. We've gone too far." — Simeon
"Ooh. Let's all bow down to Joseph." — Isschar
Jacob's sons are Joseph's older half-brothers. Benjamin is Joseph's younger brother. His older half-brothers are Judah, Simeon, Reuben, Levi, Issachar, Dan, Naphthali, Gad, Asher, and Zebulun.

Their personality varies in between each of the brothers. Judah, as the oldest son, is shown to be responsible but can still be deceptive (such as when he tricks the rest of the brothers to sell Joseph to slave traders). Twenty years after their initial deception and betrayal, they redeemed themselves and regretted for what they did to Joseph. When Joseph revealed himself to them, Judah asked if he would forgive them, which he does. When Joseph asked them to forgive for thinking he was some miracle from God, Judah said to him that he was a miracle because God sent him to save their family and all of Egypt, which he did. In the end, Joseph and his brothers all reconciled.

As the years pass by and Joseph grows up to be a child blessed with riches from his parents, his brothers becomes jealous that they do not have the same riches as Joseph is offered. This finally ends in a fierce argument between the brothers and Joseph's parents, some of the brothers arguing that Judah as the oldest is the one who should have been blessed with Joseph's riches. Instead, Judah has been hard at work ever since he learned to walk and speak. Fed up with Joseph's riches and their parents ignoring their complaints, the brothers decides to get rid of him for good. They walk far into their fields with Joseph following them closely behind. He hopes that they will accept him as their brother and wanted to help them. Instead, they starts to bully him for being a snob. They steal his cape which his mother sew by hand with golden motives on and rips it apart, using it as a bait to lure Joseph into a trap and he falls into a deep, dried-out well. He spends a full day there, before finally being rescued by his brothers. But his brothers betrays him, and sell him off to slavers who take him to Egypt several miles away. Now with their brother gone, they dip his cape in a sheep's corpses to simulate human blood, and forges Joseph's death. His parents are heartbroken, but are unaware of his true fate until years later when his brothers arrive in Egypt in an attempt to buy some much needed food, after their family is stricken by the devastating drought that swept across Egypt. They do not have any money as they are poor farmers who are barely able to survive on their own, but they do have something different; the silver that the slavers used to buy Joseph all those years ago. Enraged with hatred over his brothers, Joseph accuses them of stealing Egypt's corn and for espionage, and orders Simeon, the harshest towards Joseph during his time in Canaan, to be imprisoned. He demands the remaining brothers to return to Jacob and bring with them his youngest son who remained at home as a proof that they were not lying.

The brothers see no other option than to listen to his demands and return home, and come back with their youngest brother. Joseph is at first satisfied with their compliance and orders Simeon to be released from the prison, who had ironically enough been held in the same cell that Joseph had been imprisoned in years before. But upon hearing that his mother had died, the grief caused by knowing that he never got the chance to say goodbye to her, enraged Joseph, and he decided to punish his brothers even further. He gives them the corn they need to survive but secretly plants his drinking glass, made of pure gold, in one of the sacks. He orders them captured and returned to the palace where he cuts open each of the bags one by one, eventually ending on Benjamin's bag, which contained the planted item. Feigning rage, he orders Benjamin to be imprisoned but later changes his mind and threatens to enslave him as a slave in the royal palace. Fearing having one of their brothers taken away from their father once again, Joseph's older brothers finally confess their sin in selling Joseph away, stating that they regretted their action more than anything they had ever done. Seeing how genuinely remorseful his brothers are, Joseph finally reveals his true identity to them. Seeing their brother still alive, they become delighted and overjoyed. Joseph then invites them all, brothers, father, and the entire village, to move to Egypt where they would be safe from the famine that was raging. And so the entire village moved to Egypt, and Joseph's father was finally able to reunite with his beloved son, forgiving his older sons immediately. 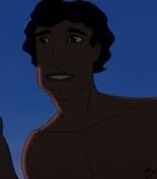 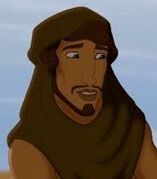 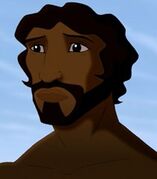 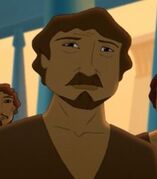 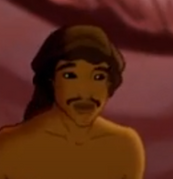 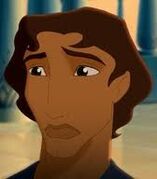