He is the biggest of the pack. He has a red crest instead of a green one like his followers. While his followers are plain green, the Lead Stinger has dark red stripes on his body.

As the leader he stays in the front of the pack like most leaders will do. He was shown to be very aggressive when compared to his pack . He shows very little fear in the face of much larger flying dragons, and his fighting abilities and speed are very impressive. 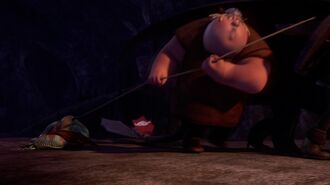 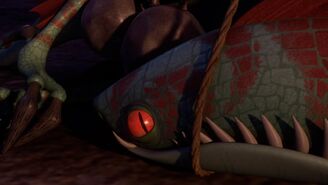 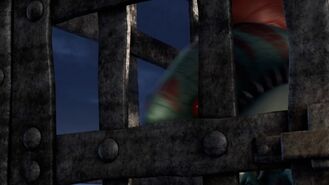 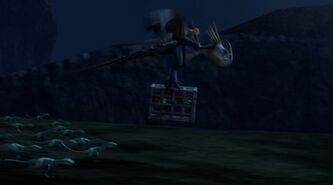 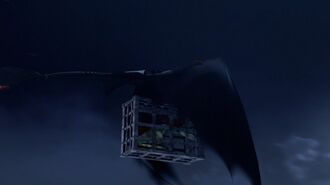 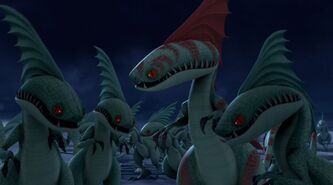 Add a photo to this gallery
Retrieved from "https://dreamworks.fandom.com/wiki/Lead_Stinger?oldid=101167"
Community content is available under CC-BY-SA unless otherwise noted.