Dreamworks Animation Wiki
Register
Don't have an account?
Sign In
Advertisement
in: Me and My Shadow, 2010s films, Cancelled

Me & My Shadow was a cancelled American hand-drawn/computer-animated fantasy comedy film produced by DreamWorks Animation. The film was supposed to be a blend of both CGI and hand-drawn animation. It would have been the first DreamWorks Animation film (aside from the 2D scenes in The Croods and the Kung Fu Panda movies) to feature traditional animation since Sinbad: Legend of the Seven Seas in 2003. It was originally scheduled for release on March 7, 2014, but in February 2013, the film returned to development with Mr. Peabody & Sherman taking its release date. The soundtrack list has been released on IMDBpro.

On one of the animators' Twitter, it was announced that the film was in negotiations to be released in March 2016 or late 2015, switching places with Kung Fu Panda 3. In an interview in late 2013, Jeffrey Katzenberg stated that the film was not cancelled but put back on its development tracks and would start up production when they get a new re-write.

Josh Gad, the one who plays Stanley Grubb, recorded his first line of dialogue on February 16, 2012 and posted it on his Instagram. He also posted a picture of a page of the script and one of the lines of direction were, "Stanley in Stan's control, waves at Heidi as she advances closer to him". The film would had started production on August or September. At a Comic Con, it was said that half of the movie is in 2D.

The film was officially cancelled by DreamWorks supposedly halfway through production.

Me & My Shadow releases the once secret world of shadows and their human counterparts. Shadow Dan, our hero’s shadow, yearns for a more exited life but happens to be stuck with Daniel Grubb, a timid guy with an extreme aversion to adventure. When a crime in the shadow world puts both of their lives in danger, Shadow Dan is forced to take control of Daniel. They go on a madcap adventure to investigate the crime and stop a shadow villain from leading a rebellion where shadows take over their human counterparts and human world. During this adventure, Shadow Dan empowers Daniel to let go of his fears and embrace life. Through their adventure, they both learn that one cannot be whole without a true friend.[1]

On December 10, 2010, DreamWorks Animation announced a project titled Me and My Shadow was scheduled for a March 2013 release date. The plot involved Shadow Stan who serves a shadow to Stanley Grubb, the world's most boring human. Wanting to live a more exciting life, he escapes the "Shadow World" and takes control of Stanley. With Mark Dindal slated as the film's director (who also developed the film's concept and story), the film was meant to combine traditional and CGI animation. Bill Damaschke, DWA co-prexy of production stated, “The way ‘Who Framed Roger Rabbit’ combined hand-drawn and live-action, this does the same, but with CG and hand-drawn. The creative team behind the film are all ambidextrous, in a way. Everybody has a significant 2D movie and a significant 3D movie under their belt. Shadow will combine the time-honored tradition of hand-drawn animation with the magical sophistication of CG characters and worlds in ways that have never been experienced by audiences before. It will be super-challenging but very cool!”[2]

In January 2012, Bill Hader, Kate Hudson, Josh Gad, and Tom Hiddleston had joined the voice cast. Additionally, Alessandro Carloni had replaced Dindal as director and the release date was pushed back to November 2013.

In February 2013, Me and My Shadow went back into development with Mr. Peabody & Sherman re-assuming its original March 2014 release. On November 19, 2015, Edgar Wright had signed to direct and co-write an animated feature for DreamWorks, in which the story was described as a "new take on a previously developed concept about shadows." Bonnie Arnold and Mireille Soria, DreamWorks Animation’s co-presidents of feature animation said, "Edgar will spearhead a new approach to this fascinating concept and we’re ecstatic to have him on board as director along with David as co-writer. We’ve always been intrigued by a film concept involving shadows, and now with Edgar’s signature comedic style and abilities as a natural storyteller, audiences will be treated to a truly captivating and energetic tale.” In an interview with Collider published in June 2017, Wright explained that he and David Walliams had wrote three drafts, but the project is in limbo due to management changes at DreamWorks Animation. Wright said, “Well I wrote three drafts of that, but because of the whole regime change there, most of the people that hired me and David Walliams to do it don’t work there anymore. So at the moment that’s not something that I’m necessarily attached to I think. It’s something that’s TBD.”[3] 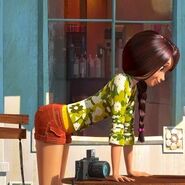 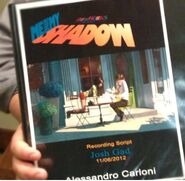 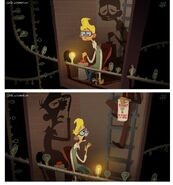 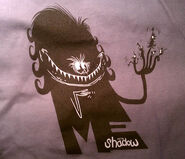 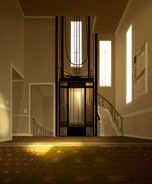 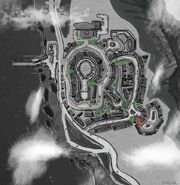 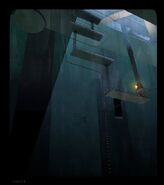 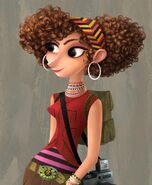 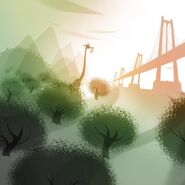