Dreamworks Animation Wiki
Register
Don't have an account?
Sign In
Advertisement
in: Stub, 2022 films, Films based on books,
and 2 more
English

The Bad Guys is a 2022 American computer-animated crime comedy film based on the Scholastic book series of the same name by Aaron Blabey, produced by DreamWorks Animation and distributed by Universal Pictures. It was directed by Pierre Perifel in his feature film directorial debut and written by Etan Cohen. It was released on April 22, 2022 and is the 42nd feature film.[1]

In Los Angeles, California, in a world of humans and anthropomorphic animals co-existing, the Bad Guys are a gang of notorious criminal animals led by the cool-headed Mr. Wolf and known for their brazen thefts while eluding the authorities. After being insulted by Governor Diane Foxington on-air, they attempt to steal the Golden Dolphin award from guinea pig philanthropist Professor Rupert Marmalade IV. During the heist, Wolf takes some free time to pickpocket various people but inadvertently helps an old woman he intended to pickpocket as well and is praised for the good deed, leading to Wolf finding himself affected by his wrongdoings and Marmalade's speech about goodness. After the gang is exposed and arrested, Wolf persuades Marmalade to reform them, planning to take advantage of the pretense to try to steal the award again. Marmalade invites the Bad Guys to his home, but his lessons prove a frustrating struggle with them seemingly unable to adapt to the concept of good behavior.

Eventually, Marmalade's idea of having them go on a rescue mission, "a heist for good", to save laboratory guinea pigs proves a fiasco from second-in-command Mr. Snake's obsession with eating guinea pigs. Foxington decides to call off the experiment but relents when Wolf confesses that he despairs being hated for his species. Foxington admits that she understands and confesses that she has hope for him. Wolf contemplates the matter and finds himself rescuing a cat from a tree, which Marmalade records and releases as a viral video. The resulting publicity turns the public image of the Bad Guys around, but Snake suspects he is losing touch with his friend.

When the Bad Guys execute a new heist at the grand gala to celebrate, Wolf cannot bring himself to finish the plan and betray the newfound trust he earned. However, a rare meteor is stolen framing the Bad Guys for its theft. When the gang is arrested once again, Marmalade meets them in private and reveals that he stole the meteorite, and was disguised as the old lady Wolf helped earlier, to manipulate the gang into taking the blame. In prison, Wolf explains to his gang that he still doesn't want to be a criminal anymore. Notorious rival criminal Crimson Paw rescues them, revealing herself to be Foxington, a reformed criminal herself.

Upon reaching safety, the Bad Guys bitterly abandon Wolf for betraying them and get shocked when they return to their hideout and find it completely emptied of their loot, as Wolf revealed its location to Foxington earlier as compensation for his crimes. The Bad Guys are despondent enough for Snake to give his last possession to Mr. Shark out of kindness, making the rest of the Bad Guys realize that they can change their ways and help Wolf, though Snake denies it and abandons them.

Meanwhile, Wolf and Foxington break into Marmalade's home to steal the meteorite, only to be captured by Marmalade, who reveals that Snake has allied with him and explains how he intends to use the meteor's power to control an army of guinea pigs to rob the city. However, the two are rescued by the remainder of the Bad Guys and take the meteorite in an attempt to stop Marmalade's plan.

In the resulting battle, the Bad Guys manage to stop the robberies but they decide to bring Snake back despite his betrayal. Marmalade turns on Snake and the Bad Guys risk their lives to save him, bargaining with Marmalade for his safety. After rescuing Snake, the Bad Guys foil Marmalade's plan and surrender themselves to the authorities. Marmalade attempts to take credit for recovering the meteorite, but it is revealed to be a fake planted by a secretly-redeemed Snake, who pulls off the masterstroke of his undercover plan to help Wolf by destroying the actual meteorite, outsmarting Marmalade who is also framed as the Crimson Paw, destroying his reputation and leading to his arrest.

A year later, the Bad Guys are released from prison in light of their good behavior, partnering up with Foxington as they begin their new crime-fighting careers.

In March 2018, Variety reported that DreamWorks Animation will develop a film based on the book series, with Etan Cohen as writer.[3] In October 2019, it was reported that the film will be directed by Pierre Perifel in his feature directorial debut, with Cohen and Hilary Winston set to write the film's screenplay. The film was described as having "a similar twist on the heist genre that Shrek did on fairy tales, and what Kung Fu Panda did for the kung fu genre". It was also reported that the film would be released theatrically September 17, 2021.[4] In May 2020, the crew worked remotely during the COVID-19 pandemic.[5] In December 2020, the film was pulled off the release schedule, though it was confirmed that it would get a new date "within the coming weeks".[6] In March 2021, the release date was delayed to April 15, 2022.[7] In June 2021, Spider-Man: Into the Spider-Verse composer Daniel Pemberton was signed to compose the score for the film.[8] On the same day, director Pierre Perifel announced the character casting on his Instagram. [9] 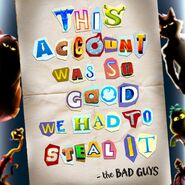 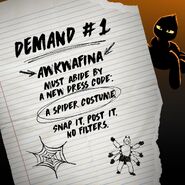 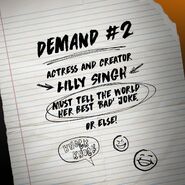 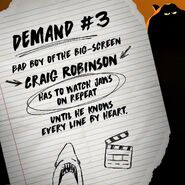 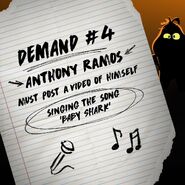 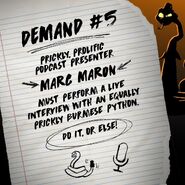 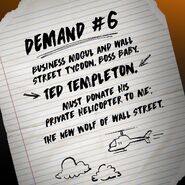 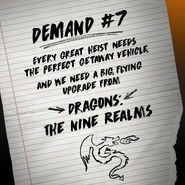 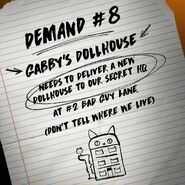 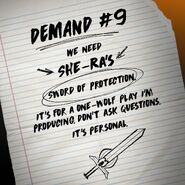 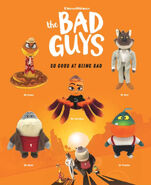