"Gongmen is under the stewardship of the Masters' Council and we will protect it even from you." (film)
"The name's Rhino! My source, of course, is my unstoppable force!" (short)

Master Thundering Rhino was a master of Kung Fu. He was the previous leader of the Kung Fu Council, which protected the vast metropolis of Gongmen City after the city's single heir, Lord Shen, was exiled.

Master Thundering Rhino was born into a legendary line of kung fu masters, having both been raised and trained in the art under the tutelage of his father, Master Flying Rhino.

Some time after taking over the stewardship of Gongmen City after the deaths of the previous rulers, Thundering Rhino and his two apprentices sparred together in the palace courtyard before they were confronted by Lord Shen, who ordered them to leave his palace. While surprised by Shen's unexpected return after several years of exile, Rhino refused, along with Croc and Storming Ox, and made it clear that Gongmen City was under their rule and protection. Shen said he was glad they felt that way, while a gang of wolves pushed a large wooden box into the courtyard. When Ox inquired to what was inside the box, Shen stated that it was their "parting gift", in that it would literally part them.

Outraged, Ox and Croc leapt to attack the peacock. The two were defeated, though Shen's weapons were broken by Thundering Rhino when he attempted to attack the master, whom he called a show-off. Rhino declared that this defeat was a warning, and that Shen was no match for their kung fu. Shen agreed, but also stated that this (referring to the object in the box) is. With that, Shen revealed his great weapon: a cannon. Thundering Rhino bravely prepared for battle, but was killed by the weapon's first blast.

Rhino's hammer was left mounted in the palace's center square as both a warning to others and a trophy for Lord Shen.

Secrets of the Masters

An alternate backstory for Thundering Rhino portrayed him as a kung fu warrior who spent his days street-fighting in his pursuit to earn his father's pride, using his "Unstoppable Force" to aid him in his battles. One day, Rhino partook in a three-way-fight with Storming Ox and Croc, a battle which ended in a complete standstill. The scene was witnessed by Master Oogway, who was unimpressed but soon found an opportunity for the three warriors to change for the better when the Wu Sisters escaped from a nearby prison.

After the fight, the warriors were given a single coin for their three-way-tie, which led to an argument between the three that nearly ended in another battle. Fortunately, Oogway soon appeared before they started fighting. Though Croc mistook Oogway for a fan, Rhino was shocked upon learning the tortoise's identity, and reacted with reverence. Oogway gave them the offer to journey to Wu Fortress and recapture the sisters using their special skills. However, the trio refused to join him unless they gained something in return. When Oogway's suggestions of using their skills for honorable reasons did not move the trio, the tortoise claimed that they would be rewarded with a "wealth of riches". Seeing an opportunity to gain his father's pride, Rhino finally agreed along with Storming Ox and Croc.

And so the three set off with Oogway towards the fortress, passing through various obstacles as they went. During the journey, Rhino attempted to bargain with Oogway to dump the other two warriors and split the profits between themselves. However, Ox and Croc were doing the same thing, but Oogway ignored all their offers. While surrounding a campfire one night, While both Ox and Croc made clear their selfish reasons for joining Oogway, Rhino remained quiet and refused to reveal his own reasons. However, Oogway already understood Rhino's troubles, and gave the three some cryptic advice; that when the path one takes always leads back to themselves, they will never get anywhere unless they "change course". Before they could settle for the night, Oogway received news that the Wu Sisters were plotting to unify the gang leaders, and the group set out in order to reach the fortress as soon as possible.

To encourage them to change their ways, Oogway secretly led the trio into an extremely dangerous path called the Bridge of Mists. When the three inquired as to how they would get across, Oogway replied by flinging all three of them into the bridge, forcing them to prop themselves between the two pillars. Oogway then taught them all an important lesson about cooperation, by having crossing the makeshift bridge the three made up, pulling up Rhino as he did so, and then having them all make it across the bridge to the other side, pulling each other up as they went.

Later during the day, the trio and Oogway were climbing up the side of Wu Fortress, where they finally learned that Oogway was being metaphorical about his promised riches. Rhino's protests accidentally got them trapped on a river of lava when his heavy footsteps caused the ledge they were standing on to break away. Oogway managed to get them to safe ground, but fell to his apparent death, leaving them with the advice "Remember the path".

Dispirited at their loss, the trio tried to find their way home, though Rhino was slightly reluctant to do so. However, they encountered a village devastated by the Wu sisters' forces, and its citizens desperately attempted to hire them for protection. Moved by the villagers' plight, Rhino declined the fee the villagers offered and along with Ox and Croc resolved to stop the Wu sisters for the sake of a higher ideal.

Thus motivated, the trio interrupted the sisters' summit. When the former street-fighters revealed that they were doing this for honor, they intimidated the various visiting gangs into retreating while the sisters fought alone. Although the sisters proved too much to fight alone, as Rhino discovered when he was briefly trapped beneath a broken pillar, Rhino, Ox and Croc managed to combine their talents to defeat them in a coordinated attack. After Ox deduced that the tail knot at the center of the vortex was their weakness, Croc charged at the vortex and brought it to a halt with his tough hide. Once Croc had repositioned the vortex, Rhino charged through the knot and broke the sisters apart. The trio then worked together to defeat the separated sisters, eventually trapping them beneath a large statue head.

At the moment of their victory, Oogway reappeared, having captured the rest of the gangs, and praised Rhino, Ox, and Croc for being worthy warriors who had found a higher purpose to fight. Oogway also stated that Rhino's father would be proud of what his son had just accomplished.

According to Po, after these events Oogway sent Rhino and his fellow warriors on a journey which eventually led them to Gongmen City where they formed the Masters Council, with Rhino as the leader. 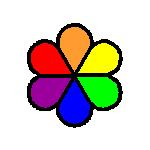 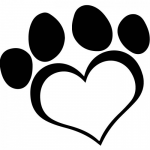