In October 1999, Aardman announced they were developing a film adaptation of the Aesop fable, The Tortoise and the Hare, with DreamWorks.[2]

In July 2001, it was announced that they had postponed production on the film as they continued to rework the script. Bob Hoskins, Orlando Jones, Brenda Blethyn, and Lee Evans were set to voice the characters. Karey Kirkpatrick and Mark Burton were writing the script, though more writers were expected to be brought on to revamp the script. Peter Lord and Nick Park were slated to be executive producers while Richard Goleszowski would serve as director.[3]

The film was put off to a complete halt later that month. Spokesman Arthur Sheriff said "Chicken Run was in development for 2 1/2 years, but we've had just 16 months on Tortoise. We hate to make all these people redundant, but it means we will be able to flesh out the characters more and make a better film." No further updates were given until June 2012, a source told Ain't It Cool News, "It's meltdown time. Serious script issues, an unholy mess of a film, it's amazing that it got as far as it did. The alarm bells should have started ringing months ago when various voice talent came and went, and intricate sets were being built and promptly trashed without being filmed. What a waste!" 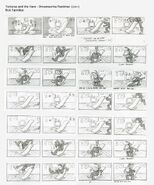 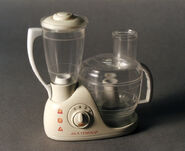