Dreamworks Animation Wiki
Register
Don't have an account?
Sign In
Advertisement
in: 2016 films, Based On, Musical films,
and 9 more
English

Trolls is a 2016 American 3D computer-animated romantic musical fantasy comedy film based on the Troll dolls created by Thomas Dam. The film was directed by Mike Mitchell and co-directed by Walt Dohrn, written by Jonathan Aibel and Glenn Berger, and based on a story by Erica Rivinoja. The film features the voices of Anna Kendrick, Justin Timberlake, Zooey Deschanel, Russell Brand, James Corden, and Gwen Stefani.

The film follows two trolls who go on a quest to save their village from destruction by the Bergens, creatures who eat Trolls to be happy. This is the 33rd animated feature film produced by DreamWorks Animation.

The film premiered on October 8, 2016, at the BFI London Film Festival and was theatrically released in the United States on November 4, 2016, by 20th Century Studios. The film received positive reviews from critics and was a box office success, grossing $346 million worldwide against its $125 million budget. It received an Academy Award nomination for Best Original Song for "Can't Stop the Feeling!".

A sequel, titled Trolls 2, is scheduled to be released on February 14, 2020. However, in June 12, 2018, it had been retitled "Trolls World Tour", and the release date was pushed to April 17, 2020. Kendrick and Timberlake will reprise their roles as Poppy and Branch respectively.

The Trolls are small, colorful creatures who live in an almost perpetual state of happiness, singing, dancing, hugging, and having fun all day. However, they are discovered by the Bergens, large, ugly, miserable creatures who can only feel happy by consuming a Troll. The Bergens imprison the trolls and eat them every year on a special occasion, called “Trollstice”. The Trolls, led by their king, King Peppy, with his infant daughter, Princess Poppy, escape through tunnels on the day of Trollstice when Prince Gristle Jr. was going to eat his first Troll. Enraged, Gristle Jr.’s father, King Gristle Sr., banishes his Chef, who was in charge of preparing for Trollstice. Chef promises to leave and find the Trolls herself.

Twenty years later, the now-adult Poppy throws a big party to celebrate the Trolls' escape, despite the warnings of the over-cautious and egotistical gray troll, Branch, that loud parties will attract the Bergens. A "Zen" troll named Creek arrives and tells Branch to start being happy instead of grumpy; Branch refuses. At the party, Branch's warnings are confirmed when Chef sees the fireworks and kidnaps Poppy's friends Guy Diamond, Biggie with Mr. Dinkles, Fuzzbert, Smidge, Satin with Chenille, DJ Suki, and Cooper, along with Creek, despite Poppy trying to rescue him and King Peppy. Chef takes the kidnapped Trolls back to Bergen Town while secretly plotting to overthrow its monarchy as revenge for her exile.

Meanwhile, Poppy goes on a rescue mission alone, as no other troll is willing to venture towards Bergen Town. But later on, when Poppy gets into trouble, she is saved by Branch, who thinks she will not make it if she goes alone. Once inside the Bergen king's castle, Poppy and Branch witness the now-King Gristle Jr. seemingly eat Creek, but Poppy remains hopeful that Creek survived. Poppy and Branch find the rest of the captured Trolls being guarded by a scullery maid named Bridget. Poppy discovers that Bridget is secretly in love with King Gristle Jr. and offers to help her get a date with the king while trying to confirm if Creek is alive.

While setting Bridget up for the date with a musical number, Branch refuses to sing and triggers a falling-out with Poppy, revealing that, as a child, his grandmother was captured and got eaten while trying to save him because his singing compromised his location to Chef. Branch's complete guilt over his grandmother's death caused his color to turn from blue to gray. After Poppy comforts him with a hug, Branch decides to help Bridget and the trolls, though he still refuses to sing. Bridget, disguised under the name of "Lady Glittersparkles," gets her date with Gristle Jr. at a roller rink and arcade restaurant, and Gristle Jr. asks her to be his "plus one" at Trollstice. Poppy notices Creek being held captive inside the jewel adorning the king's mantle.

Having helped Bridget, the Trolls attempt to rescue Creek from Gristle's room and steal his jewel but discover that it is empty. The Trolls are then captured by Chef, and Poppy discovers that Creek sold them out to the Bergens to spare himself from being eaten. Creek lures out every troll from Troll Village (via Poppy's cowbell), and they are captured by Chef and the other Bergen cooks; They are also thrown into a pot and soon to be eaten. Guilt-ridden and heartbroken by the consequences of her actions, Poppy loses hope and turns gray, regretting everything she's done as all the other Trolls turn gray. Branch tries to sing "True Colors" for Poppy to cheer her up, confessing his love for her. After regaining her colors, Poppy returns his feelings, and they restore all the trolls' colors, including Branch's.

Bridget saves the trolls, willing to sacrifice herself. Poppy can't bring herself to abandon Bridget and, with Branch and her friends, shows Gristle Jr. and the Bergens that Bridget is Lady Glittersparkles and that it is unnecessary to eat Trolls to be happy, and they, too, can find happiness within themselves. The vengeful Chef refuses to accept the peace and tries to kill the Trolls but is knocked into a serving cart that is sent rolling out of Bergen Town. Chef is set on fire with Creek, who was still in her pouch. Both species celebrate, bringing new life to the town. Poppy is then declared queen of the Trolls, and Poppy and Branch share a friendly hug.

In a mid-credits scene, Chef decides to eat Creek, but both are swallowed by a hill-shaped monster.

By April 2013, DreamWorks Animation had acquired the intellectual property for the Trolls franchise from the Dam Family and Dam Things. Having DreamWorks Animation became the exclusive worldwide licensor of the merchandise rights, except for Scandinavia, where Dam Things remains the licensor. In May 2013, the film was pushed back for a year to November 4, 2016. The same month, DreamWorks Animation announced that Mike Mitchell and Erica Rivinoja have been hired as a director and screenplay writer to "reimagine" the film as a musical comedy, which will present the origin of the Trolls' colorful hair. On June 16, 2014, Anna Kendrick joined the cast to voice Poppyy, a princess. On September 15, 2015, Deadline.com reported that Justin Timberlake will voice a character named Branch. The full cast announced their respective roles via announcements on Twitter on January 6, 2016. On January 28, 2016, a teaser trailer was released on YouTube. On June 29, 2016, the film's first trailer was released online.

Plastic Love is also used in the movie and become popular as a result. 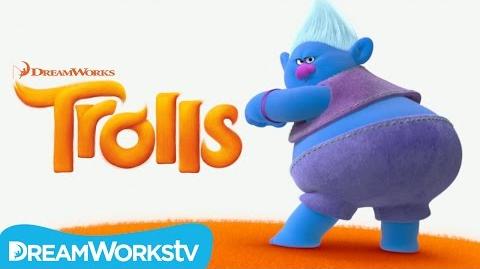 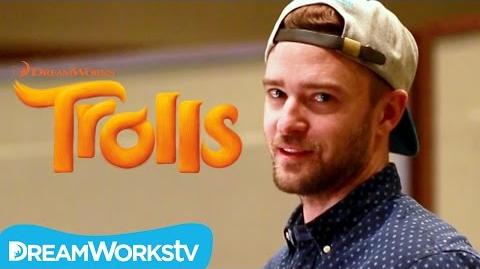 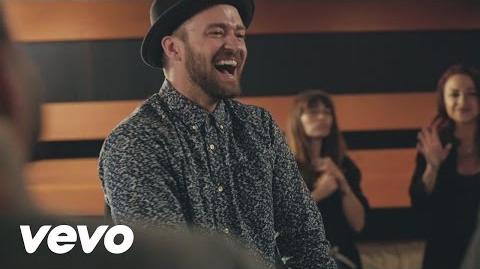 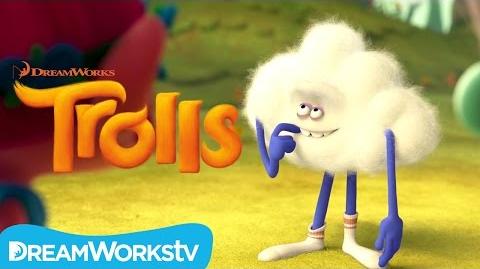 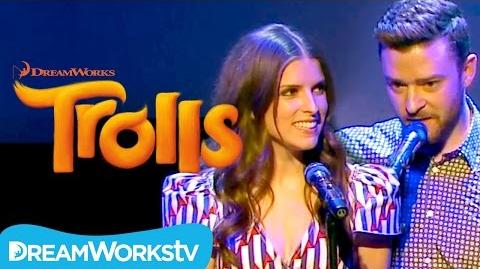 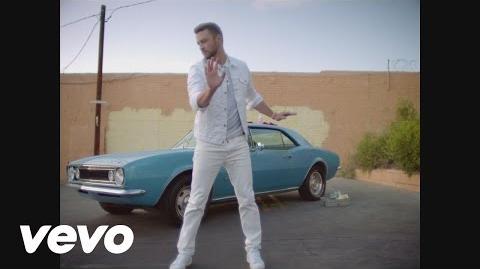 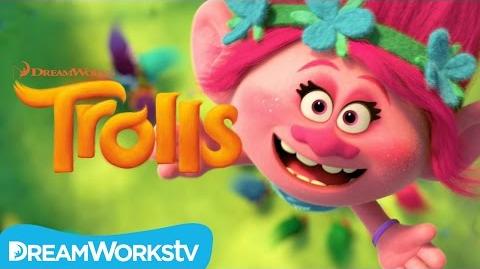 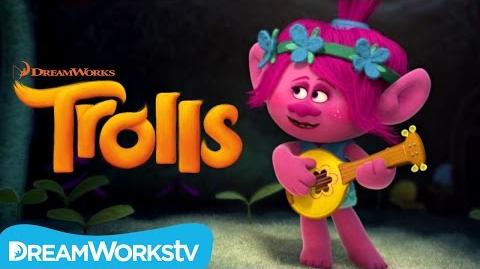 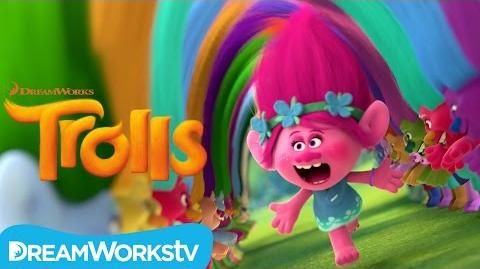 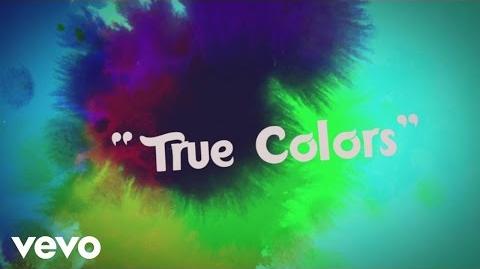 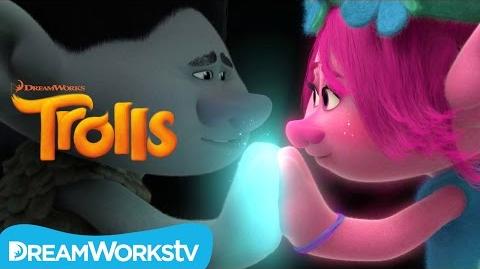 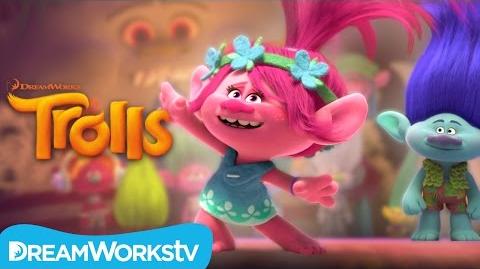