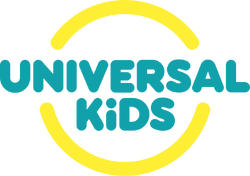 Universal Kids is an American digital cable and satellite television network that is owned by the NBCUniversal Cable Entertainment Group subsidiary of NBCUniversal, itself a division of Comcast. The network broadcasts children's programming, and takes the branding of the sister company, Universal Studios. This channel features shows from DreamWorks Animation such as All Hail King Julien, Dragons: Race to the Edge, The Mr. Peabody & Sherman Show, The Adventures of Puss in Boots, Dinotrux and Home: Adventures with Tip and Oh. A new Where's Waldo series is premiering on July 20th.

On May 1, 2017, it was announced that Sprout would be rebranded as Universal Kids on September 9, 2017. The rebranded network revamped its evening and primetime programming to target youth and family viewing, with plans to incorporate new original series targeting the demographic (such as Top Chef Junior), as well as other international imports (such as the Australian series Nowhere Boys and the Canadian series The Next Step). The remainder of the network's programming continued to consist of preschool programming under the Sprout brand until November 2017.[1]

Universal Pictures' recent acquisition of DreamWorks Animation will also be leveraged by Universal Kids to bolster its programming; critics felt that the DWA purchase and the launch of Universal Kids were meant to help NBCUniversal establish a viable multi-platform presence in children's media, and a competitor to other major children's brands such as Nickelodeon, Cartoon Network and Disney Channel .[2][3][4][5][6]

Retrieved from "https://dreamworks.fandom.com/wiki/Universal_Kids?oldid=120252"
Community content is available under CC-BY-SA unless otherwise noted.