Zodiac is a cancelled film from DreamWorks Animation and Oriental DreamWorks (now Pearl Studio). With a planned 2014 release date, it was to be Oriental DreamWorks' first animated feature. However, Zodiac was ultimately shelved due to internal problems at the studio[1].

Zodiac would have been set in a city of anthropomorphic animals. Its protagonist was a cat skilled at knitting and determined to become the first cat on the Chinese zodiac. During his journey, he would have discovered a sinister conspiracy.

Concept art of the antagonists. 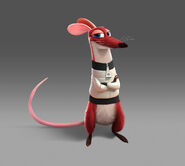 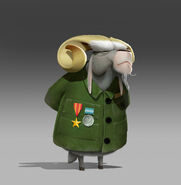 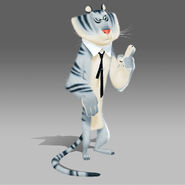 Retrieved from "https://dreamworks.fandom.com/wiki/Zodiac?oldid=121382"
Community content is available under CC-BY-SA unless otherwise noted.